Download the My PAI app today in the App Store or Google Play Store. Everything My PAI at your fingertips!

Back to Live Well

Get Schooled on Vaping 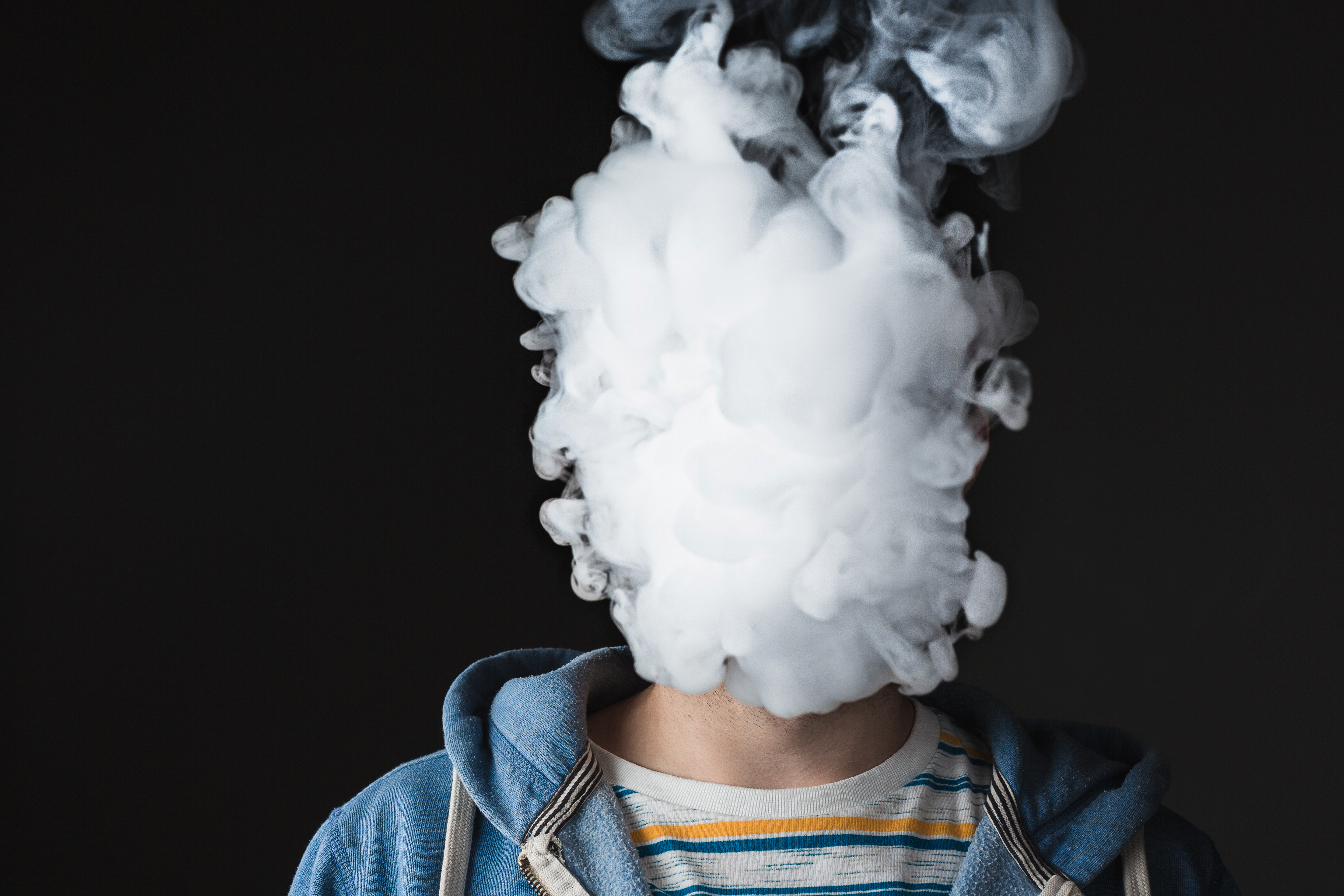 Vaping, as it as most commonly known, is the act of inhaling and exhaling the aerosol vapor produced by an e-cigarette or similar device. They

are also known as e-cigarettes, e-cigs, mods, vape pens, vapes, tanks, electronic nicotine delivery systems (ENDS), or by brand names such as JUUL, or the verb Juuling (pronounced joo-ling). There are still more street terms used to talk about vaping being coined every day by young adults.

There’s a lot we don’t know about vaping or e-cigarettes and the effects they can have on people’s health. But there has been a lot of research done in the past several years, as vaping has been on the rise in America, particularly among teenagers. Nearly 4 million teenagers have used a vape in the past 30 days in a 2018 survey, which include 20.8 percent of high school students and nearly 5 percent of middle school students. Research indicates that e-cigarettes are not safe for certain subsets of people, such as youth, young adults, pregnant women or adults who do not currently use tobacco products.

Some of these devices are made to look like regular cigarettes or pipes, but others are disguised to look like writing pens, USB drives or other ordinary household items. It’s not always easy to know if a teenager is talking about or using a vaping device based on the many easily available ways to conceal this activity. Vaping, like smoking, is not good for your lungs.

Vaping is most frequently done by young people. Forty percent of e-cigarette users who were between the ages of 18 and 24 in 2015 had never been regular cigarette smokers. But adult vapers over the age of 45 were mostly former or current cigarette smokers; 1.3 percent had never smoked.

Many people try vaping as a form of tobacco cessation, but some just become users of both e-cigarettes and regular cigarettes and never actually stop using tobacco at all. This is called dual use, and it can be dangerous because even smoking a few cigarettes a day is unhealthy. The Food and Drug Administration (FDA) does not currently approve e-cigarettes as an aid to quit smoking, but two randomized controlled trials found that e-cigarettes that contain nicotine can help smokers quit cigarettes long term, compared to non-nicotine-containing cigarettes. So in the end — if e-cigarettes are used as a quit-smoking aid, the e-cigarettes should cease to be used eventually, too.

People have been falsely led to believe that vaping shields them from the harmful toxins in cigarette smoke and nicotine, but e-cigarettes have their own toxic effects. The aerosol that users inhale from the device and exhale back out into the world contains numerous potentially harmful substances. Among them are nicotine, diacetyl (a chemical linked to lung disease), heavy metals, such as nickel, tin and lead, plus volatile organic compounds and ultrafine particles that can get deep into the lungs of users. Unfortunately, manufacturers are not required to disclose what is in their products, which can make people think they are smoking zero-nicotine products when they are, in fact, using nicotine.

Nicotine is already known to be toxic to humans and highly addictive, too. It can harm the development of developing fetuses, adolescent brains, and isn’t good for anyone breathing the air nearby, either.

Vaping and smoking can also cause problems for people with asthma and chronic obstructive pulmonary disease (COPD). According to the American Academy of Allergy, Asthma & Immunology (AAAAI), high school juniors and seniors who reported e-cigarette use had twice the risk of reporting respiratory symptoms of chronic bronchitis. In May 2018, the first evidence that linked COPD and e-cigarettes was presented. E-cigarettes have been found to trigger inflammation and depress immune function in the lungs. Exposure to e-cigarettes produces changes to the lungs’ air sacs.

Feel schooled on vaping now? It’s a complex topic that both scientists and society are not sure how to fully tackle or comprehend since it’s so new. But the bottom line is that people, especially teenagers, who do not currently smoke at all, should not take up vaping, as it has no health benefits. More studies may show further health risks associated with vaping and e-cigarette use. Until then, just not vaping is the best way to make the grade.